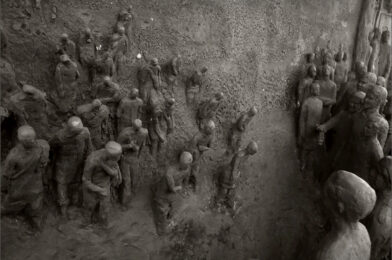 Eraldo Souza dos Santos talks about the invention of civil disobedience as a form of political action around the world, and the need for its redefinition to describe activism present and future. In the episode, he references John Rawls’s classic definition from A Theory of Justice (Harvard UP, 1971) and Erin Pineda’s new book, Seeing Like an Activist: Civil Disobedience and the Civil Rights Movement (Oxford UP, 2021).

Eraldo Souza dos Santos is a philosopher and historian of political thought whose research explores how political concepts have come to shape political discourse and political practice, and how political actors have come to contest the meaning of these concepts in turn. In his current project, he traces the global history of the idea of civil disobedience. He is currently a Ph.D. candidate in Philosophy at Panthéon-Sorbonne University. He has been the recipient of grants and fellowships from the Académie française, the Maison française d’Oxford, the Leuven Institute for Advanced Studies, the Munich Centre for Global History, the Friedrich Nietzsche College of the Klassik Stiftung Weimar, the French-Dutch Network for Higher Education and Research, and the Coordination for the Improvement of Higher Education Personnel, among others.