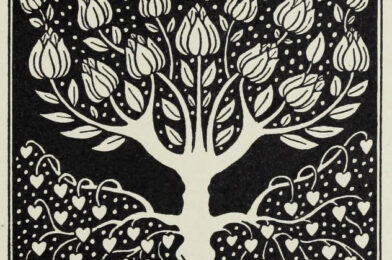 Angelina Eimannsberger talks to Saronik about cultural phenomenon Jonathan Van Ness, and movements in queer femininity that they represent.

Angelina and Saronik had a post-recording conversation about the activistic work that JVN does. On that note, here is a list of organizations they support, and that you can support too:

The image for this episode is a frame titled “Flowering Tree” by the fin de siècle English artist Aubrey Beardsley.