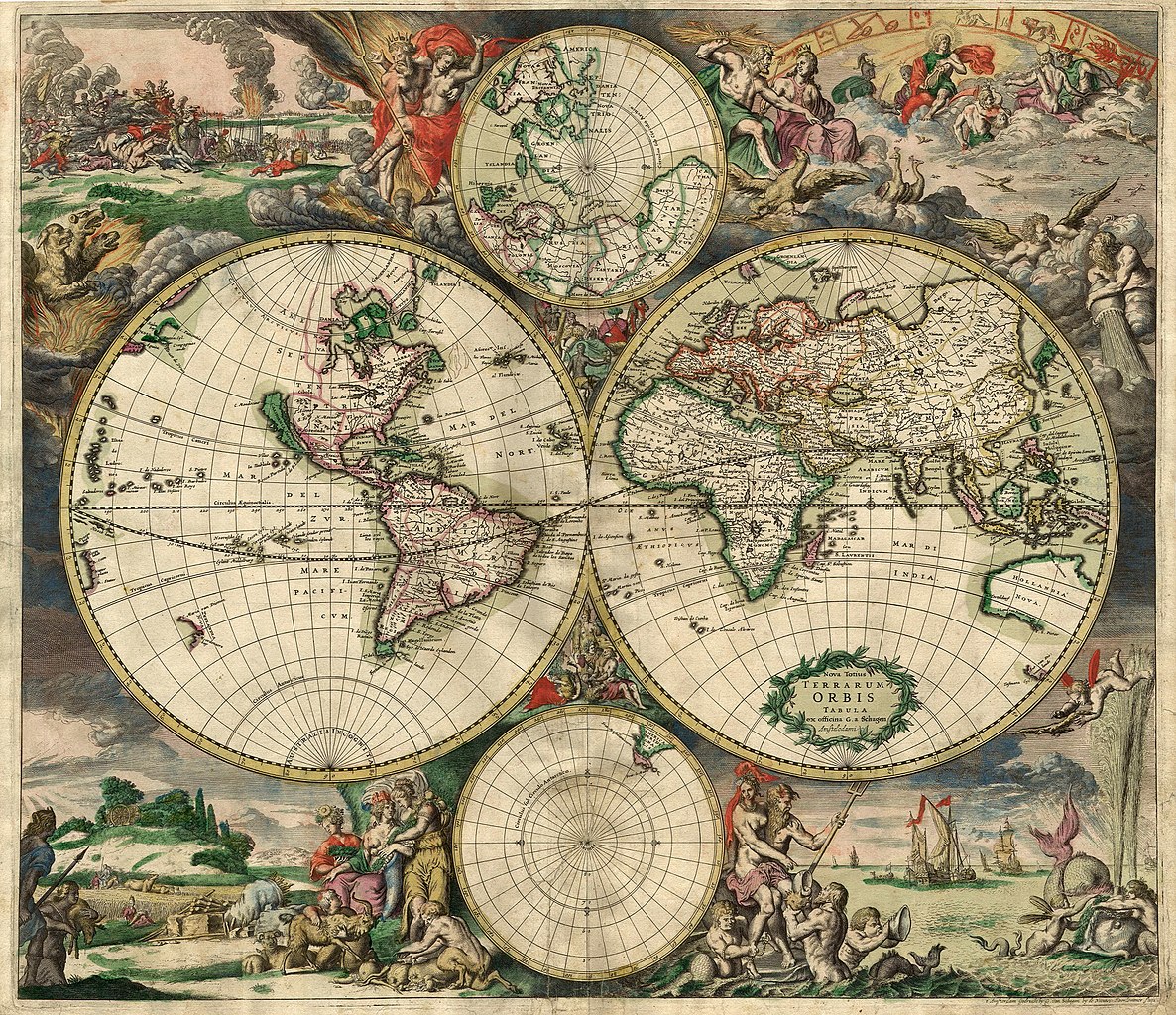 In this episode of High Theory, Gëzim Visoka and Nicolas Lemay-Hebert tell us about normalization in international relations. Their research applies Foucault’s social theories of the normal and abnormal to the objects of political science: states, international organizations, and practices of intervention.

In the episode (and in their book) Gëzim and Nicolas reference Foucault’s Lectures at the College de France on the Abnormal (printed in English by Verso and Macmillan). They discuss three exemplary figures from Foucault’s work on the abnormal: the monster, the incorrigible, and the onanist. Each one has a corresponding figure in international politics.

Their new book Normalization in World Politics is available as an open access text from Michigan University Press. That means you can read it for free!  Check it out, and learn all about the ways we produce, impose, and maintain normal and abnormal affairs in the international order.

This week’s image is a 1689 world map, Nova totius terrarum orbis tabula Amstelodami, ex officina G. a Schagen (1682), t’Amsterdam Gedruckt by G. van Schagen, by de Nieuwe Haerlemmer Sluys. It was originally made in using copper engraving, then much later digitized and made available to the public on Wikimedia Commons.