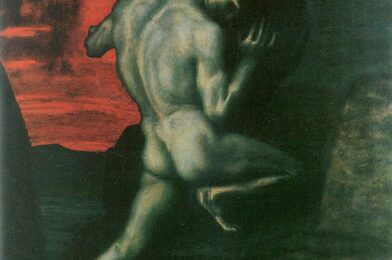 In this episode Kim talks with Mustafa Yavas about Alienation.

Mustafa quotes Karl Marx’s Economic and Philosophical Manuscripts of 1844. He also references Albert Camus’ books The Stranger and The Myth of Sisyphus, and Charlie Chaplin’s film Modern Times. Towards the end of the episode, he mentions Bertrand Russell’s 1930 article “In Praise of Idleness.”

Mustafa is a postdoctoral scholar in sociology at NYU Abu Dhabi, where he works on work! He is writing a book called White Collar Blues about the transnational Turkish middle class, for which he has recently completed a brilliant book proposal (editors take note!). His previous research focused on boundary processes in social, economic, and political settings, including status homophily in social networks, residential segregation by income, and collective identity formation in social movements.

This week’s image is a 1920 painting of Sisyphus at his futile labor by Franz Stuck. Available on Wikimedia Commons. 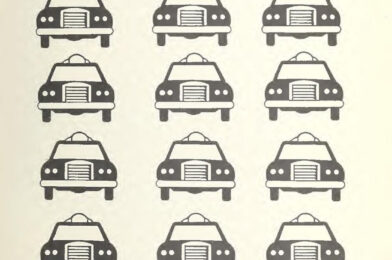 Saronik talks to Kim about Sandro Mezzadra and Brett Neilson’s seminal 2013 book Border as Method, Or, the Multiplication of Labor, where they use the concept and ubiquity of border and border-thinking for political innovation.

Other works touched upon are Biju Matthew’s Taxi!: Cabs and Capitalism in New York City, The Communist Manifesto, and Kenichi Omae’s The Borderless World.

The image is from the cover of Taxis as Public Transport: A Bibliography, published in 1979 by the US Department of Transportation.