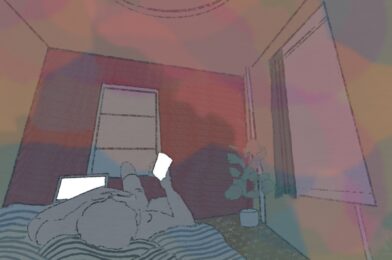 In this episode of High Theory, Tung-Hui Hu talks with Júlia Irion Martins about Digital Lethargy, as part of our High Theory in STEM series. As a modern ailment, digital lethargy is a societal pathology, like earlier forms of acedia, otium, and neurasthenia, but also a disease of performing selfhood within the disposable identities of contemporary, digital service work. In this episode, Tung-Hui Hu makes the argument that digital lethargy helps us turn away from the demand to constantly “be ourselves” and see the potential of quieter, more ordinary forms of survival in the digital age such as collective inaction.

Tung-Hui Hu is a poet and scholar. His new website has the best domain ending: tunghui.hu He is a 2022-23 Rome Prize Fellow in Literature at the American Academy in Rome and an associate professor of English at the University of Michigan. His book on this topic, Digital Lethargy: Dispatches from an Age of Disconnection (MIT Press, 2022), will be published on October 4