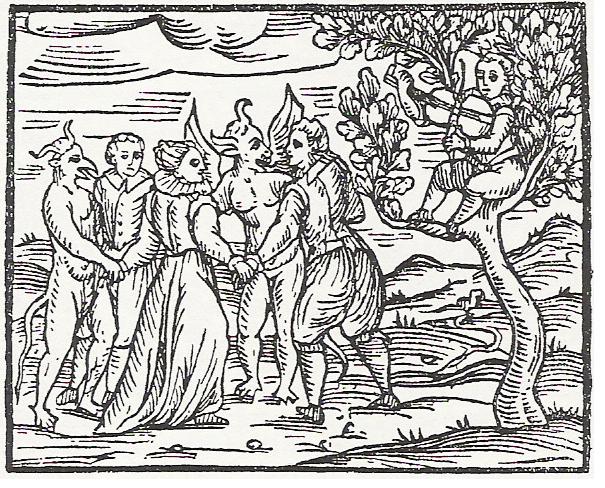 Kim talks with Pardis about Theodor Adorno’s concept of the autonomous work of art, as articulated in his Aesthetic Theory, and The Dialectic of Enlightenment (with help from Max Horkheimer).

Pardis Dabashi is an assistant professor of English at the University of Nevada, Reno, where she specializes in 20th-Century literature and Film studies. Starbucks Christmas Blend is one of her many guilty pleasures. Adorno would be upset.

Image source: Witches dancing in forest, in the Compedium Maleficarum of Francesco Mario Guazzo, published in 1608. Available on Wikimedia Commons.